If you’re like my friends and me, you’re still mulling your summer trips. Whether traveling by plane, train or hang glider, or staying in tent, hotel or castle, we all agree on one issue: We try to avoid places where other tourists go.

Patrons at both rough-it and refined ends of the getaway spectrum seek restaurants that attract no screamy children but their own.

We want to fill cyberspace — especially the pages of envious relatives — with amazing photos of eye-popping attractions. Attractions that should never draw other visitors, yet must include:

Children, however, have long considered “education” and “vacation” a contradiction in terms. They love tourist traps.

Hubby and his brother, who as children stayed at their grandparents’ Wisconsin lake cottage, could have fed their morning cereal to deer peeking in the windows. Still, no vacation was complete without visiting nearby Diddly’s Delightful Deer Farm.

Even teens welcome such enticements — if they can ditch parents.

Surprisingly, our college-aged daughter once asked me to journey with her in Honduras, where she’d spent the semester.

My airplane seatmate, a native who had moved to Texas, advised me to remove my necklace before we landed: “Pickpockets jerk them off.” She also counseled me to avoid taxis if I didn’t know the driver personally.

Long and scary story short, my daughter and I did rendezvous, enjoying a tropical paradise together. We also shared a bus ride along a favorite hijacker route to another seaside town. A town where bank security guards carried automatic rifles and strips of ammunition crisscrossing their chests. There, we unknowingly risked our lives watching a tribal dance at night.

At our mountainside 1950s-style hotel, a white cat with malignant eyes kept vigil on the front desk. Sen֮or Blanco listened to our complaints about no locks on our door. The often-AWOL owner didn’t.

But we never had to stand in line.

My daring daughter is currently planning a South American visit. Her husband will go adventuring with her to places tourists never visit.

As for me? Diddly’s Delightful Deer Farm, here I come.

O my God, what a wonderful anniversary weekend in the city! This morning, though, we’re home, and no one’s hurrying to fill our coffee cups. We even have to (gasp!) return to work. Yet, OMG, thank You for this big part of the happy ever after.

Hubby and I have just returned from two weeks of camping, aka our vacation. Grateful to return with only 4,271 mosquito bites, I greet my calendar, which features a two-scene 1947 Norman Rockwell print entitled “Going and Coming.”

In the first, a grinning guy showing off a snazzy fedora and big cigar drives a station wagon topped by a boat. His smiling wife holds Little Sister on her lap. Junior and Fido hang out a window. Warm air flaps their ears and ours, and spit hits our windshields as they pass. Big Sis blows a bubble with her gum that could carry her to the lake by air. Little Bro holds his nose, giving the “You stink!” gesture that passed for rudeness during that era. Beside him, Grandma, sitting straight as a general, ignores the little heathens because of her poor eyesight.

At least, that’s the excuse we grandparents give.

In the second scene, the family returns from the beach. Dad sports only a stump of his cigar and bravado. Mom and toddler snooze. Even the boys and dog sit sedately, and Big Sis’s bubble has shrunk to earthbound size. Grandma, still ramrod straight, probably sleeps with her eyes open, a skill she’s perfected during church.

These Rockwell pictures shout their message so loud and clear even art experts can’t mess with it: “Vacation’s Over … Thank God!”

Each spring, epidemic celebrations offer a taste of summer, tantalizing as our first mouthful of strawberry shortcake. We view new territory, thumbing our noses at those less audacious, confident our bubble gum will taste good forever.

By late July, however, we surpass our quota of quality time together, especially in the car. We peel from the sun’s overfriendliness. Sand has made itself at home in cars, carpets and shorts. Kids have grown an extra epidermis comprised of sun block, Popsicle®, and dirt.

Oddly, something deep inside us craves an alarm clock — and regular bath times. We still love barbecues, but a Sunday roast with mashed potatoes and gravy sounds even better. We want our beds, our messy houses and our schedules.

Even messier because of vacations.

In Rockwell’s return scene, Dad will unload the car, including boat, gear, and sleeping children. Mom faces the formidable task of putting the remaining kids — freshly energized by their arrival home — to bed. (A side note: Both scenes feature children who appear entirely too clean. Mrs. Rockwell never would have painted them thus.)

Coming home is no picnic. Like this family, we continue to meet ourselves going and coming, coming and going. That’s life.

We wouldn’t miss it for anything.

Today, are you coming or going?

O my God, thank You for our escape to a national forest for two carefree weeks of camping. But OMG, look what followed us home!

I’m excited, though now I’m a spectator. When convoys of buses and SUVs queue up in front of schools and the local parade of backpack-carrying children and stroller-pushing mothers march past, I feel like throwing confetti.

But a crazy lady, hopping up and down, yelling her head off, might scare the kids. Instead, I offer a silent, heartfelt prayer. (That’s still legal, isn’t it?)

Thank you for this opportunity for thousands of children to gain an education.

Many parents wondered if they and their offspring would live to see this day.

By registration, some parents considered mortgaging their organs.

Thank you, Father, for talking them out of it. Thank You for never taking vacations during August, but remaining on the job to help everyone start the school year right.

This first morning hasn’t been easy, though kids jumped out of bed like kangaroos. Showers commenced with a minimum of hot-water controversy. The second-grader even used soap. But the middle-schooler discovered her first zit, and the teen, having spent four hours battling a bad hair day, had to be chained in the SUV.

Earplugs were distributed because of weeping and wailing.

Not the teen’s. The mom’s, because she was sending her youngest to kindergarten.

Who has experienced all of the above, plus planning lessons, decorating and attending group therapy sessions? Teachers, who wonder if their salaries will cover 963 boxes of Kleenex during flu season.

Yet You, Lord, have brought them all to this special morning.

Thanks for Your promise to be with everyone in coming days. New tennis shoes will blacken—by day two. Homework will be eaten by hungry dogs and sneaky computers. Trumpets will be forgotten/broken/hidden, or all of the above. Lesson plans that should soar will crash and burn. Taxi moms will handle schedules that defy the skills of an O’Hare International Airport flight controller.

Amid all these, You are there, Lord—the Father and Teacher of millions. Even recess duty is not beyond Your love and expertise.

You once were a student, so You know exactly how the first day of school feels. The second. And the one-hundred-third.

So as the back-to-school parade marches by, we know You — Who are immortal and invisible — jump for joy on the curb, throwing confetti. Please bless these students, parents, teachers and staff, and give them their best year ever. Amen.

What is your prayer for the coming school year?

Oh, my God, what an incredible lake campout with all our children and grandchildren! This morning, though, a Loch Ness monster of a to-do list emerges from the deep. OMG, walking on water isn’t my specialty. But with Your help, let me dive into today with the joy of my grandson. 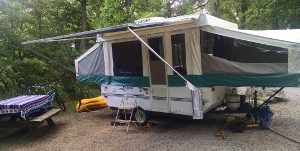 Oh, my God, we just returned from two fun weeks of living in a pop-up camper. Glad to be home, especially during a stormy night’s bathroom visit! Jesus, during three years of ministry, You didn’t even own a pop-up to shelter You from rain, wind and mosquitoes. OMG, how You must love us!

Oh, my God, thank You for a Chicago weekend, with thousands of fascinating people, fun events, amazing sights. Today at home, nobody wants to pour my coffee. Instead, a cranky to-do list points its finger at me. OMG, I’m thankful You are Immanuel, God with me, this Monday morning!

O my God, thank You for our weekend in the city. A luxury hotel at a bargain price. Steaks, seafood, Chinese. An incredible symphony performance that made our hearts sing. Now we’re home again. Work. Laundry. And nobody jumps to fill my coffee cup. OMG, so glad You live here, too!

O my God, about that fat raccoon that foraged near our campsite—is he missing the weekend, too? No more free s’mores or yummy charred hot dogs. Back to nuts and wild berries, earned by the smarts and sweat of his furry little brow. OMG, is he praying an OMG, it’s Monday! prayer, too?