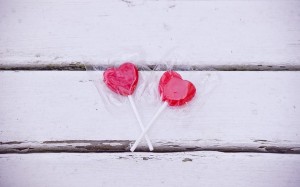 In 1998, a rabbi promoting marriage among Jewish singles conceived the idea of speed dating, now practiced globally. Interested parties sign up for several round robin dates of three to eight minutes. Most of us spend more time selecting sides at Wendy’s.

Even if positive vibes result, many more check-’em-out dates will be required to truly know each other. So, wouldn’t it be wonderful if those longing for true love could detect losers and schmoozers in one day?

Ta-da! My revolutionary concept, Love Trials, cuts to the chase. This scientific approach will benefit all humankind, plus make me a few million dollars. Each participating couple will know whether they have found their soul mates after five short sessions in which they:

Trial #1: Pack a suitcase. The girl and guy are given one small bag. Not one each – one. She does her best, but it only holds a weekend’s supply of lipsticks. And is he really going to wear that?

Trial #2: Visit a buffet with one plate. When a woman’s baby spinach salad vies for space with the guy’s giant nachos topped with five pounds of bacon, she may reconsider. His passion may cool, too, when she doesn’t want his food touching hers.

Trial #3: Dig a car out of a snowdrift. Even without the debate as to who should have listened to whom about road conditions, speed and directions, this trial proves invaluable in unmasking polite claims of gender equality. She dubs him the stronger; therefore, he should push. He thumbs his nose at her so-called dedication to equal rights and claims superior judgment in rocking and rolling out of the predicament.

Trial #4: Hang wallpaper. Participants ask themselves: Do they really want to pledge their lives to someone who can’t distinguish a rectangle from a trapezoid? Who glues his thumbs permanently to his ears? Future wedding pictures are at stake.

Trial #5: Buy each other a $10 gift. She purchases an extra-long towel and embroiders his darling baby-in-the-bath picture on it (winning his mother over). He buys her a heavy- duty ice scraper.

Have the starry-eyed lovers fled the scene? If not, do they still speak to each other? (Grunts count. So do weepy “how could you!”s)

Light up a huge neon Congratulations! sign. Release the balloons and confetti!

In the Love Trials, if he and she have not escaped to Mars and Venus respectively, a relationship with a real, live human being has begun. Break out the chocolates, flowers, music and romance! This couple can celebrate true love until the next great Love Trial:

What tried-and-true Love Trial would you suggest for my list?

4 thoughts on “The Love Trials”